Spontaneity is the spice of life

In winter, it’s easy to reach the point where you think ‘I just want to get away!’ When you start looking at the cost of going away within the UK (where many of my readers live), it’s often cheaper, or just as cheap to head off to a European city for a few days, where you’re guaranteed something different.

I fancied a long weekend last month, and I looked at all sorts of places, including spending Christmas in London, but they were all so expensive, and then I saw several cheap flights for Amsterdam, Barcelona, Paris… my choice was made, I was heading off on a plane! 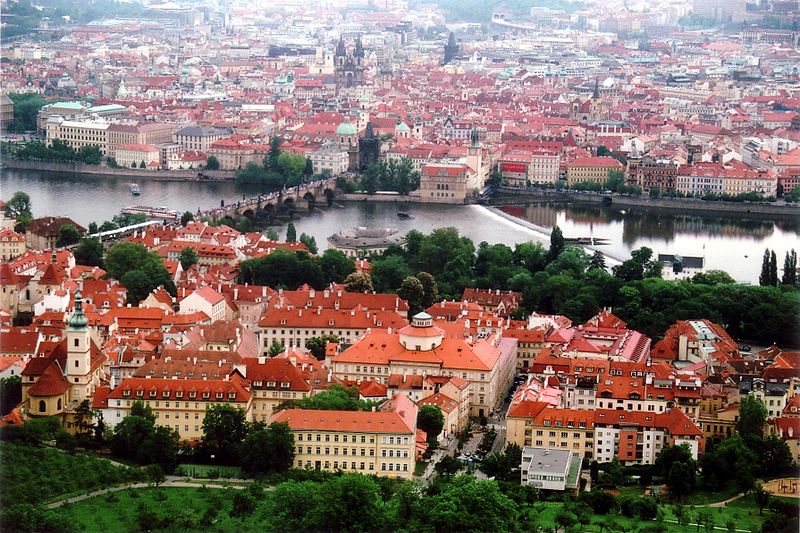 My final choice was actually the Czech capital because there is a lot to see in Prague at Xmas time, and I found several ways to make my long weekend much cheaper than I originally thought.

I booked my flight with Easy Jet, and that means low cost, but also I managed on hand luggage alone, without having to book onto my flight costly suitcases. This saved me around £40, and that’s quite a considerable amount to keep in my pocket! I bought the minimal toiletries I needed at the airport, and voila! A capsule wardrobe that actually weighed less than I thought. Yes, I had wear my biggest coat and shoes to save weight and space, but I managed it.

I also drove myself to the airport, which saved money on expensive trains, coaches and taxis. Because of the short time period involved, I also thought it better to drive myself because it cut down the travel time considerably.

I got a last minute hotel deal on the internet, with quite a percentage knocked off for online booking, and then that was it, I was ready to jet off! Long weekends don’t have to break the bank whilst you’re there because of the short time involved, and it’s easy to budget on food etc if you really need to, simply avoid fancy restaurants, and opt for something slightly less so. You don’t have to eat in McDonalds, but maybe head slightly off the tourist streets and you’ll find the restaurants most locals go to, which are often cheaper and you’ll also get the best local cuisine here too. Double bonus.

If you’re trying to save costs, because this was a spontaneous weekend away, why not head off sightseeing, and avoid the shops? It can be done! It has many advantages really, saved money, all that walking means good exercise, and you’ll see some wonderful sights to boot.

See, European city breaks can be cheaper than you realise, and low cost flights make all this so easy. Many European cities are quicker to get to by air than our own capital by road! Remember to book your airport extras, such as Airport parking, to save you money, and you’ll have more in your pocket to spend during your few days away.

And we all know already that Prague is beautiful in every season!

Photos from Prague – get professional photos around the world at Localgrapher

Sheraton Prague hotel – where to stay in Prague

What to see in Prague at Christmas time

How I got to Thailand – ups and downs of 3 days

Alex is a crazy Slovak girl who made traveling the reason of her life. In March 2011 she quit her stewardess job and hasn't stopped ever since. Her motto is ''I live to travel, I travel to live.'' She writes about crazy travel, fun adventures and sexy photos.

How to be FIT when traveling

After years on the road and health courses around the world, as a certified Fitness Nutrition Coach I finally found out how to be fit (not only) when traveling.

I tried almost anything out there to get rid of some diseases that seem to be normal in our society but definitely are not ok when you lead a healthy life.

Plus, more than 60 world travelers share their best secrets about how they stay fit when traveling.

Subscribe and get FREE 20 tips to save money to travel

➡️EN: I always try to show you also the places

Who is Crazy Sexy Fun Traveler?

Alex is a crazy Slovak girl who made traveling the reason of her life. In 2010 she quit her stewardess job and hasn't stopped traveling ever since. Her motto is ''I live to travel, I travel to live.'' She writes about crazy travel, fun adventures and sexy photos. Alex is also a raw vegan specialist, fitness health coach and yoga teacher.

This website uses cookies to improve your experience while you navigate through the website. Out of these, the cookies that are categorized as necessary are stored on your browser as they are essential for the working of basic functionalities of the website. We also use third-party cookies that help us analyze and understand how you use this website. These cookies will be stored in your browser only with your consent. You also have the option to opt-out of these cookies. But opting out of some of these cookies may affect your browsing experience.
Necessary Always Enabled
Necessary cookies are absolutely essential for the website to function properly. This category only includes cookies that ensures basic functionalities and security features of the website. These cookies do not store any personal information.
Non-necessary
Any cookies that may not be particularly necessary for the website to function and is used specifically to collect user personal data via analytics, ads, other embedded contents are termed as non-necessary cookies. It is mandatory to procure user consent prior to running these cookies on your website.
SAVE & ACCEPT
error: